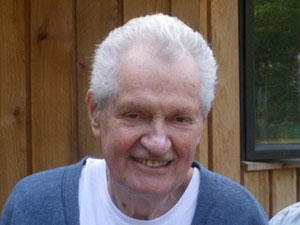 Sandy Cameron (1931-2010) was a poet, teacher, logger, and prospector.  His friends say he was an encourager who helped them each find the right path.  He wrote beautiful poems and worked for social justice and to help people understand the history of these struggles for justice so they wouldn’t be discouraged.  Sandy also loved nature and tried to connect the beauty of nature to how beautiful the world could be for everyone if we had more social justice.

Almost everything he wrote was published in the Carnegie Newsletter, a twice monthly publication edited by Paul Taylor at the Carnegie Centre in Vancouver, Canada.

Sandy left many articles and poems that are inspiring, insightful, hopeful, beautiful and relevant to our work for justice today.  I want to put some of them on this website so anyone with access to a computer can read them.  Sandy and I were partners in life and social justice work for about 25 years.  I’ll be adding to the collection every so often.

As Tom Wayman wrote to me after Sandy died, “Sandy’s clarity of vision was always impressive.  His ability to fully live his values was an inspiration to me; despite his firm convictions about the path to a saner world, he never saw his opponents as less than human.  His life, as well as his marvelous poems, are a reminder that the struggle for justice—no matter how fierce, difficult, or filled with setbacks-can be enriching, not embittering.”