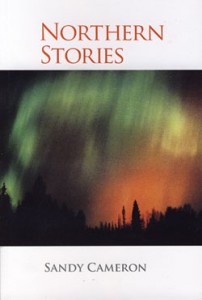 Sandy wrote several inspiring books of stories and poems. Many of them are out of print, but they can all be found at the Carnegie Library on Main and Hastings, in Vancouver.